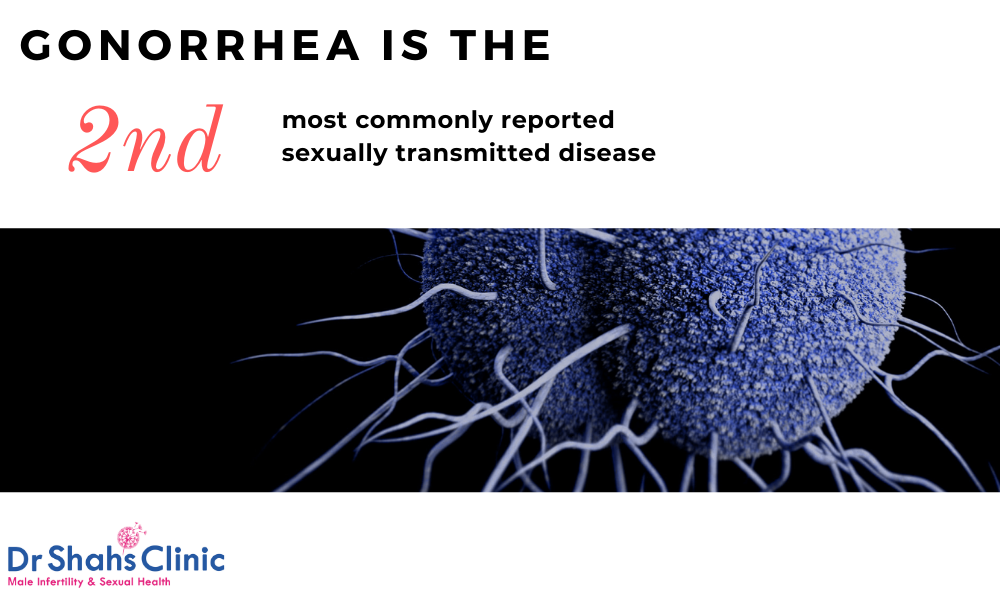 Vanakkam, Namaste, and Welcome to Dr. Shah’s Clinic for Male Infertility & Sexual Health. In this article, I am going to tell you everything under the sun about Gonorrhea Treatment. We are also going to discuss about Gonorrhea symptoms, diagnosis, and management. Here is quick infographic for you below

Gonorrhea is caused by the bacterium Neisseria Gonorrhea is a sexually transmitted disease and spreads primarily through penetrative sexual intercourse. The CDC data suggests that approximately 700,000 new cases of Gonorrhea are reported every year making this the second most common transmitted bacterial infection in the world.

Gonorrheal infections are exceedingly common among

Moreover, risk factors for Gonorrhea include

A. Inconsistent use of a condom
B. New and multiple sexual partners
C. Substance abuse
D. Sexual Abuse
E. And History of other STI’s or past gonococcal infections

What are the symptoms of Gonorrhea?

Interestingly, gonorrhea affects a wide range of body systems. Gonorrheal infection can affect different parts of the body depending on the route and/or type of exposure. Gonorrhea most commonly co-infects with Chlamydia. Thus in all patients were Gonorrhea is suspected, treatment strategies should enclose testing for STD’s in addition to active Chlamydia treatment

Symptoms of Chlamydia in men usually can occur from anywhere between 2 to 5 days in some men, but mostly within 30 days of infection. A burning sensation while passing urine and pus discharge from the urinary opening is commonly seen. In some men, unilateral infection or inflammation of the epididymis (a structure for transient sperm storage located above each testis in men) is seen.

Chlamydia, on the other hand, accounts for almost 40% of all cases with non-gonococcal urethritis.

In women though, the symptoms are slightly different. Untreated Gonorrhea in women leads to pelvic inflammatory disease (PID). PID if left untreated can obstruct the birth tubes and thereby result in permanent female infertility

Women with gonorrhea must be evaluated by an infertility specialist for cervicitis (an infection of the cervix) and adnexal tenderness (to rule out PID) including oral gonorrhea. This is because gonorrhea is notorious and is well known to cause tubal scarring.

Interestingly, in over 95% of women gonorrhea remains silent and patients frequently do not experience any symptoms at all.

Can gonorrhea infect the throat?

Gonorrhea treatment strategies must also account for suspected oral infections. This is because oral gonorrhea remains silent in approximately 90% of patients. Moreover, up to 20% of female patients with cervical infections, oro-pharyngeal gonorrhea can be seen. The common symptoms include erythema (redness) & exudates (discharge), and sometimes lymph gland enlargement.

When patients present with such symptoms, it is best to complete STD testing including HIV assessment. Other STD’s that should be commonly assessed include syphilis and herpes infection

Can Gonorrhea affect the joints?

In young patients, who are sexually active gonorrhea can affect the joints. A good indication of this would be that the patient’s joint pain will decrease drastically on starting antibiotics. This type of infection is seen in about 15% of patients. Other signs will include rashes, papules, vesicles, and other skin-based lesions

How Is Gonorrhea Diagnosed?

Okay, let move on to the diagnosis

Now, there are two tests that are routinely used for the diagnosis of Gonorrhea. The first one is the urethral swab combined with a gram stain of the specimen. The next one is called as a nucleic acid amplification test. The PCR test of the first-morning urine sample usually gives good sensitivity and specificity as the gram stain method; if not better!.

Moreover, partner testing and treatment for all common STI’s are strongly recommended. Retesting after Gonorrhea treatment is recommended after a period of 3 to 6 months. The rates of reinfection are quite high. Proper partner counseling is also recommended.

Where primary therapy fails, hospitalization for disseminated infection is recommended. Antimicrobial susceptibility testing is also recommended. Visiting a sexologist can be of tremendous help for diagnosing and treating gonorrhea

How to prevent Gonorrhea?

Gonorrhea is preventable!. Some tips include

I hope you enjoyed reading this article on Gonorrhea treatment. If you are still worried about Gonorrhea, do get in touch with us below! We will definitely help you with your problem!

Schedule a consultation with us here

Scroll back to top 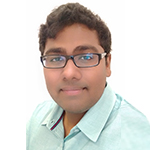 Before You Lose it

It’s easy: all we need is your email & your eternal love. We promise no spam.